The iTrack Dock is an audio interface designed specifically for the iPad. Fits many Apple tablets that use the lightning plug. Includes microphone/instrument inputs and monitor outputs.

What makes this device unique is the fact that it charges the iPad while it is in use.

However many users report the same defect: a noise that arises from the 96% charge of the iPad and that increases when we move the image.

One user presented a solution which is to include a switch, interrupting the charge when the iPad is almost charged. But this solution leads to constant charge/discharge cycles on the iPad. In addition, it would be good if we disconnected the iPad from the Dock, it was fully charged.

I decided to isolate the charging circuit so that the circuit would not charge the iPad and it worked well. So I used a DC/DC converter to power it from the 12V switch.

After testing, since the DC/DC converter does not fit inside the Dock box, I drilled a hole in the back and cut the cover. 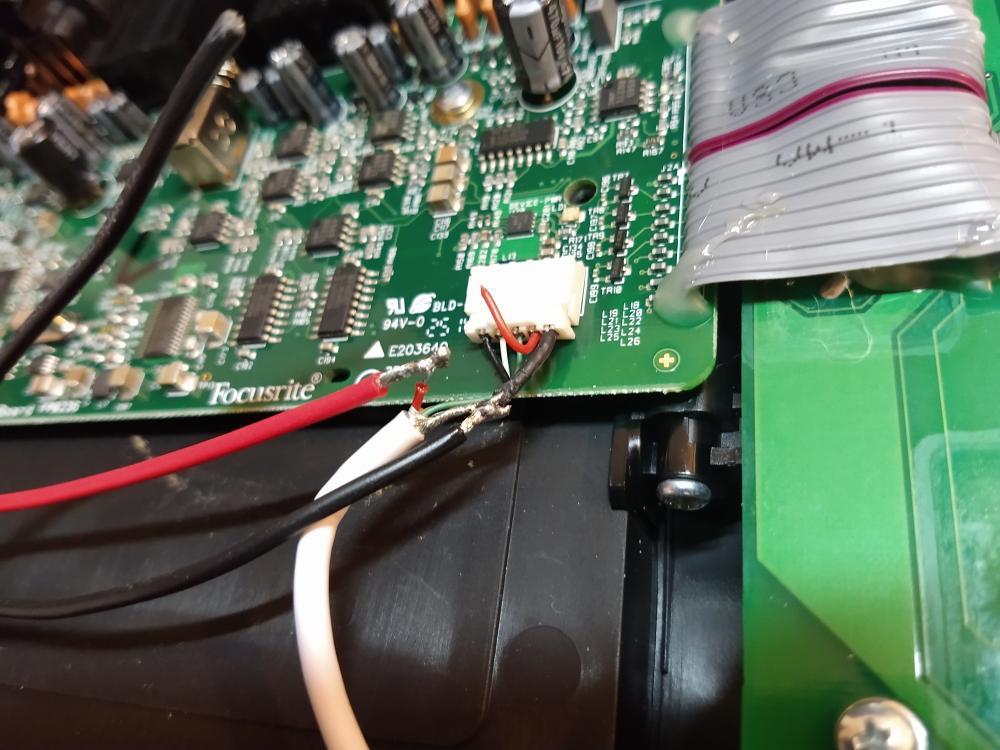 DISCLAIMER OF LIABILITY
The author is not responsible for damages
Dock and / or iPad.
This information is provided in the hope that it will be useful, but WITHOUT ANY WARRANTY. There is no implied support when referring to this article. Any assistance provided will be voluntary. Use this information at your own risk.